The power of word of mouth 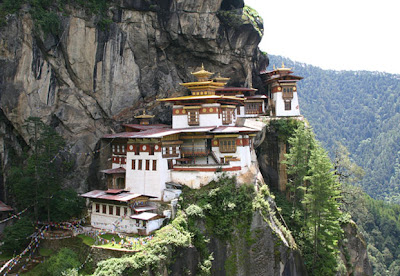 Bobby Ghosh writing in a recent issue of Time described a country so:

“This is the last authentic place on earth. Authenticity is a rare and valuable commodity and people will travel far to find it”. Mr Ghosh uses the word to mean real and genuine in a positive sense. He goes on to say “It’s the closest thing to Shangri-La I’ve ever seen”. For readers unfamiliar with James Hilton’s classic novel, Shangri-La was a beautiful land in the Himalayas where good gentle people lived long happy lives untouched by so called civilization.

He is describing Bhutan, a country sandwiched between China and India with a population of 700,000 with their own version of Buddhism and a democracy with two distinct differences in their belief in what constitutes progress in the 21st century.

Bhutan has an alternative to the western gauge of the Gross Domestic Product. Their version is the Gross National Happiness index based on what they describe as “The four pillars”. These are sustainable economic development, conservation of the environment, preservation of culture and good governance.

Unlike many western democracies, Bhutan’s government will not abandon everything in pursuit of growth and know that wealth alone does not guarantee happiness.

The Government has also decided what sort of tourist they would welcome. Not the hippies on the trail of cheap marijuana that damaged Goa and Nepal. Bhutan wants the rich visitor interested in the beauty of the preserved countryside, it’s culture and religion. Birdwatchers, and adventure seekers are also welcome. These folk pay a daily tariff to limit the number of tourists and help with the maintenance of authentic Shangri-La.

Go before they change their mind.
Posted by Daz Valladares at 14:29

Hi, i think that i sаw you visited my site ѕo
i came tο ?return the faνor?.I'm trying to find things to enhance my website!I suppose its ok to use a few of your ideas!!http://dj.beatport.com/events/39617
Look at my blog Watch Tron: Uprising Season 1 Episode 14

I'm gone to say to my little brother, that he should also pay a quick visit this webpage on regular basis to take updated from newest gossip.
My webpage > v2 Cigs reviews

Hey There. I fоunԁ yοur blog using msn.
Thіs is an extremely ωell wrіtten artiсle.
I'll be sure to bookmark it and come back to read more of your useful info. Thanks for the post. I will certainly comeback.http://tvshowonline010613.orbs.com/Malibu+Country+online+Season+1+Episode+8
Also visit my homepage :: Malibu Country Season 1 Episode 8 Push Comes to Shove