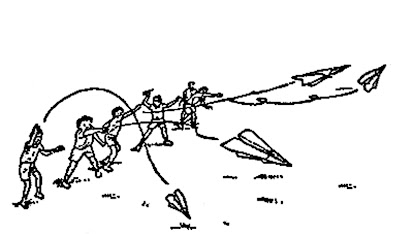 In a recent issue of New Scientist, I found this great quote, attributed to Aaron Levenstein.

"Statistics are rather like bikinis: what they reveal is suggestive, but what they conceal is vital."

Consider the latest press release from IATA, which reports that the aviation industry expects an increase of 800 million more passengers by 2014 compared to 2009. This is a staggering improvement from 2.5 billion to 3.3 billion.

Peek a bit closer and you may see more.

And of the total 3.3 billion, 2.0 billion will be domestic travel. So lets ignore predicted domestic growth in China and India and concentrate on International travelers by air.

IATA forecast a growth in international passenger traffic to China of 10.8% presumably on an annualised basis, to the UAE of 10.2%, Vietnam by 10.2 % and so on.

Nels Bohr, the Danish physicist said it best: "Prediction is difficult, particularly when it applies to the future ".

Was the IATA consensus arrived at before the extent of the jasmine revolution was understood and before concerns about inflation were expressed in China and India?

One of the reasons given to explain the recession was the imbalance between the very rich and the very poor. In 1929 and 2009, in western nations, the range was 128 to 1, leading to conspicuous consumption and speculative high yield gambles.
The stage is now set for revolution and they will be bloody.

Tourism to Egypt and other Arab countries are already badly affected and Dubai will suffer too.

John Maynard Keynes warned of the dangers of linear trend forecasts. Markets are never perfect because information is rarely complete, because people are not always rational and there are sometimes obstacles to action.

There is always "Irreducible uncertainty".
Posted by Daz Valladares at 15:11