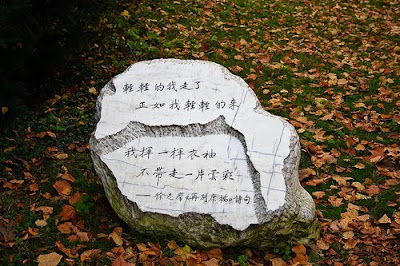 Xu died young but his poems created great prestige for Cambridge. Perhaps his shade still rests under this ancient willow and watches todays young as they punt on the Cam.
Posted by Daz Valladares at 16:02

Hi, could you cite the source of this photograph and translation, i.e. http://people.pwf.cam.ac.uk/ssb22/zhimo.html thanks.