The land of wonder. 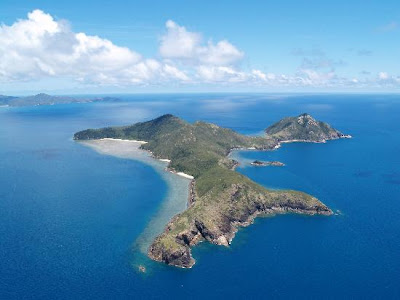 Australia is truly a land of wonder, but it’s not an easy sell to British tourists. It shares a problem with another attractive country – New Zealand.
Their distance from the UK makes short holidays impractical, which explains why the British holiday taker spends an average of six weeks in either country. Many of those long stay tourists are from both ends of the age divide, young backpackers and retired folk with time to spare.
Australia has had problems with its communication in the recent past, most notably about objections to their “Where the bloody hell are you?” campaign.
I rather liked it. It was brash and very Australian, but enough people objected and it was withdrawn, underlying the case for pre-publication ad research.
Australia’s visitors from Britain numbered 493,000 in 2008, exactly 100,000 less than in 2006. New Zealand, despite some attractive and persuasive ads lost 25% of British tourists in the same period.
Both countries need something special in their communication policy, and Australia has started its journey of innovation.
Hamilton island is a beautiful island off the Great Barrier Reef and has been the setting of two films screened across the world: “Muriel's Wedding “ and “Fool's Gold “. In August, the island hosts the popular week-long yacht races in which 150 boats compete, culminating in a big beach party on Whitehaven day.
The Queensland government decided Hamilton Island needed a caretaker.
Ben Southall won the challenge. He beat 35,000 other hopefuls and will spend six months on the idyllic island off the Great Barrier Reef, Australia.
Mr. Southall will have his romantic stay shared by his Canadian girlfriend and get paid a whopping 75,000 Aussie dollars to boot. His job is to swim, snorkel, explore, relax and occasionally write a blog about his positive experiences.
The real winner is of course the Australian tourist board, who have garnered tons of free publicity worldwide, estimated at $100 million Australian dollars, on television and in the press. Queensland’s premier Ms Anna Bligh, no relation to the infamous Captain of the Bounty, said it was the most successful tourism campaign in history.
This PR exercise will be backed by an ad campaign worth $1.7 million.
No one could possibly object to this stunt and many, including me, will applaud and wish Queensland every success
Posted by Daz Valladares at 13:39