Getting it right for Charities


"When markets are in decline, the only way for a Company or Brand to maintain sales is to steal market share from its competitors."

This applies to Charities as well. They too have to operate on business principles even though their purpose is altruistic. And charities have been badly affected by our economic doldrums.

Some organisations have seen their income fall by 20%. This is true from both the individual private donor and Government sources.

The general public has concerns on the impact of the stagnant economy on their future finances. The elderly now feel the impact of inflation on the returns on their savings and on their pensions. Many now feel the need to help children and grand-children onto the housing ladder. Some may also be fearful about the rising cost of care. Many feel "compassion fatigue ".

When they do give, a re-prioritisation of causes takes place. The repertoire of charities that used to be supported are reduced. Most health charities will continue to feature in the list, with the possible exception of mental health causes and aid charities. Third world charities may move off the burner and service aid organisations could find their support dwindling as returning troops and fewer headlines reinforce the view that this is a job for the Government.

And Government cuts will not just affect those charities who used to benefit from their largesse. These organisations will seek to make up their losses from private donors and their problems have already been listed.

Advertising investment is now even more important. In 2012, £371 million was spent in the UK promoting charities. Two-thirds of this sum was defensively spent on direct mail with the emphasis on appeals to existing supporters.

According to the Charities Aid Foundation, the causes  that continue to attract donors, other than disaster relief, do so because they have a good reputation, are believed to be likely to have an impact in this area and enjoy high levels of positive awareness.

The lessons are: Think clearly about your objectives and distinguish between business and communication objectives. Understand how best to integrate the need for building positive awareness and attracting regular donors. Invest in good creative work. Drayton Bird  quotes Sr Silva, the current President of Brazil: "The pocket is the most sensitive part of the human body, so we must touch the heart and the mind first."

Macmillan nurses manage their advertising investment better than any other charity. Other institutions could learn from them.

Travel trends in and from the UK in 2012 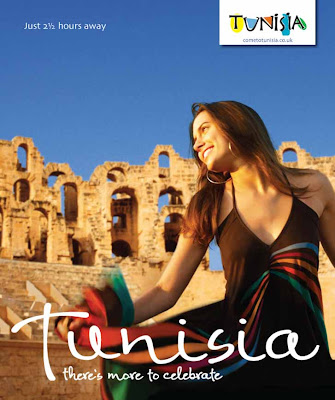 Last year was an atypical year in the United Kingdom. Concerns about the economy, the crisis in Europe and the violence that started with the jasmine revolution in Arab countries were put aside by the celebrations for the Queens diamond jubilee in June and the hosting of the Olympic games between July and September.

It should have heralded a boom in tourist visitors to Great Britain.

Visitors from abroad did rise, but only by 0.9% in 2012. And rather surprisingly actually fell in the third quarter when the games were held, by 4.2%. All the expectation of a huge influx of tourists was proved optimistic. The crowds in the streets and in the tube never materialised to the chagrin of hotel managers and greedy games ticket sales people.

Visits abroad by UK residents were  down by a marginal 0.5%, so tourist visits abroad at 56.5 million are still depressed from the heady days of 2008 when 69.0 million visits were recorded. A decline of 18% is very serious but relatively speaking, not as bad as visits to North America, which dived by nearly 27%.

Countries heavily dependent on tourism revenue are handicapped by their Governments austerity measures but still need to do something.

The Irish republic lost 28% of UK visitors since 2008. For 2013 its advertising campaign invites people of Irish descent to attend ‘the year of the gathering’. A tactic that could be adopted by India where 28 % of UK resident visitors already have Indian passports. Many million British passport holders are of Indian descent. Jamaica has a similar opportunity. 39% of visitors from the UK in 2012 were visiting friends and relations.

Some countries benefit from historical ties with Great Britain, and distance by encouraging visitors to stay longer in culturally familiar surroundings. Average length of stay in Australia and New Zealand is 36 nights.

And then there is advertising.

Countries where tourists still feel unsafe include Egypt with a fall of 39% since 2008, appear dazed.

For concerned tourist boards, make sure tourist have easier access to your country, exploit your cultural and geographic assets, create stronger ties with tour operators and tell prospects why this year is the time to enjoy the unique advantages of your dream destination.